Welcome to Watson Enterprises Inc!
Sign in or Register

At present, the situation of parallel goods flooding in lanfangyuan in the big wen area has brought a lot of confusion to consumers, and there are also some potential unsafe factors.This time, LAN fangyuan grants "huasheng" the qualification of general agent, which is the responsible attitude to the majority of consumers, as well as the trust of "huasheng" market expansion ability.

The history of LAN fang yuan

"The story and knowledge behind hong kong-style milk tea"

"Black tea with condensed milk, served with guest toast. Talk to the waiter and the tea guest like old friends.Sometimes I forget to bring my money with me.A cup of milk tea, can drink this feeling."'it was the 1950s in Hong Kong, and that's when milk tea became popular,' says Mr. Wong.

After more than half a century of evolution, hong kong-style milk tea has not only become the favorite of Hong Kong people, but also an excellent cup of milk tea and even the "treasure of the town" of many tea restaurants.

The fusion of milk and tea produces milk tea with milk flavor and tea aroma.In China, India, the United Kingdom, Singapore, Malaysia, as well as Hong Kong, Macao and other parts of the world have the aroma of milk tea.Hong Kong milk tea is known as "silk stocking milk tea", which is developed by Hong Kong people on the basis of British milk tea. It has a strong tea flavor and a long milk aroma. It has been popular in Hong Kong for more than half a century.

After fully considering the nature, thickness, color and producing area of tea, the milk tea of LAN fang yuan selected 5 kinds of Sri Lanka's natural top class black tea to be blended and become, the main choice of Sri Lanka's Colombo season after black tea, with other four kinds of tea.This also laid the hong kong-style milk tea is different from other milk tea characteristics, that is, tea rich flavor.

The raw materials are natural and exquisite

The rain is steady in the central region of Sri Lanka, and the tea production is good, especially the natural post-harvest tea from February to October. The tea leaves are plump, dark and nice.

To make a cup of hong kong-style milk tea, in addition to the basic steps of making tea, there are also steps of baking tea, beating tea, beating milk and so on.The master takes two teapot and rushes the black tea back and forth, as if performing magic tricks. During the process, the fragrance of the tea overflows and leaves people salivating.

"There are many grades of tea. In the 1950s, Hong Kong's economy was not as good as it is now.Now they use more high-grade tea."Mr. Wong said the evolution of milk tea has also followed Hong Kong's economic pace, moving from the poor to all walks of life."With a population of more than 7 million, Hong Kong now consumes 2.5 million cups of milk tea every day.

Hong kong-style milk tea is out of Hong Kong 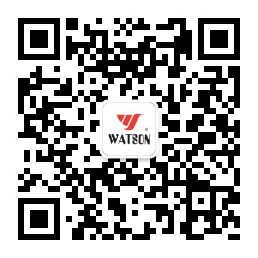 All online offers and prices are valid for online purchases. The products and the claims made about specific products on or through this site have not been evaluated by the Health Canada and are not intended to diagnose, treat, cure or prevent disease. The information provided on this site is for informational purposes only and is not intended as a substitute for advice from your physician or other health care professional or any information contained on or in any product label or packaging. You should not use the information on this site for diagnosis or treatment of any health problem or for prescription of any medication or other treatment. You should consult with a healthcare professional before starting any diet, exercise or supplementation program, before taking any medication, or if you have or suspect you might have a health problem. Please view Terms of Use for more information and the terms and conditions governing your use of this site.
Copyright ©2016-2021 WATSON ENTERPRISES INC.  All Rights Reserved.